Im going to keep this one short and sweet. As with the summer blog, I very nearly didn’t bother with this one as well.

These last few months have been very difficult. An emotional rollercoaster to say the least. Midway through October building work finally started on our barn conversion project, after two and a half years of trying to get there. The relief of this to my wife and I was palpable. With everything that’s happened in those two years and the stresses related to getting to this point, it was fantastic to finally have builders on site. Unfortunately, this was shortly followed by devastating news. On the 31st of October, after his year long battle with cancer, my wife’s father passed away. On hearing the news, we flew over to Spain the next day, where he had been living for the last 8 years. And with the way things have been it was a blessing that we were able to do this. To be there for his wife and to get everything in order for the funeral which had to take place within four days of his passing. We are also well aware of how lucky we were to be able to spend a number of weeks leading up to his death in Spain with him. The shock and sadness of how quickly it happened in the end is still very raw for us all. Naturally, my focus since has been on my wife and family while still trying to keep ourselves on top of all the building project work. Needless to say that photography, as with many other things, have taken a back seat. I have been getting back out with the camera over the last few weeks but every time I have it has felt forced and I’ve come away frustrated. With everything on my mind, the escape that photography usually provides has been very hard to find.

The only images I have to share are from a short trip to the Lake District at the start of October. Nothing award winning here but a very enjoyable and memorable trip.

This first one is from Glencoyne wood near Glenridding. I spotted the silver birch from the path and decided to climb higher to check it out. This is an area I first passed though in 2019 on my way down from Sheffield Pike and have wanted to return to ever since. Half way up the hill, when the sky was no longer intruding thought he gaps in the foliage, I found this composition. What completed the scene for me was the Oak tree in the background leaning around and away from the birch. The shapes and relationship between them seemed to work well and the colours were also gorgeous, hinting at the start of Autumn. To tell the truth I had actually found this scene the day before and taken a few phone shots wanting to return in the fog that was forecast for the next morning. Alas, it never arrived, most likely kept away by the wind. It was fairly strong with only momentary lulls when things became still enough to make an image. Forgetting my tripod meant I was forced into shooting hand held, something I rarely do. I pushed the ISO up to 400 with as wide an aperture as I dare in order to maintain sharpness throughout. With a resulting shutter speed of 1/30th of a second and VR turned on I made multiple images. A bit of light would have been nice to really set it off, but it wasn’t to be. Even so, it is an image I really like.

'At one with the wind' 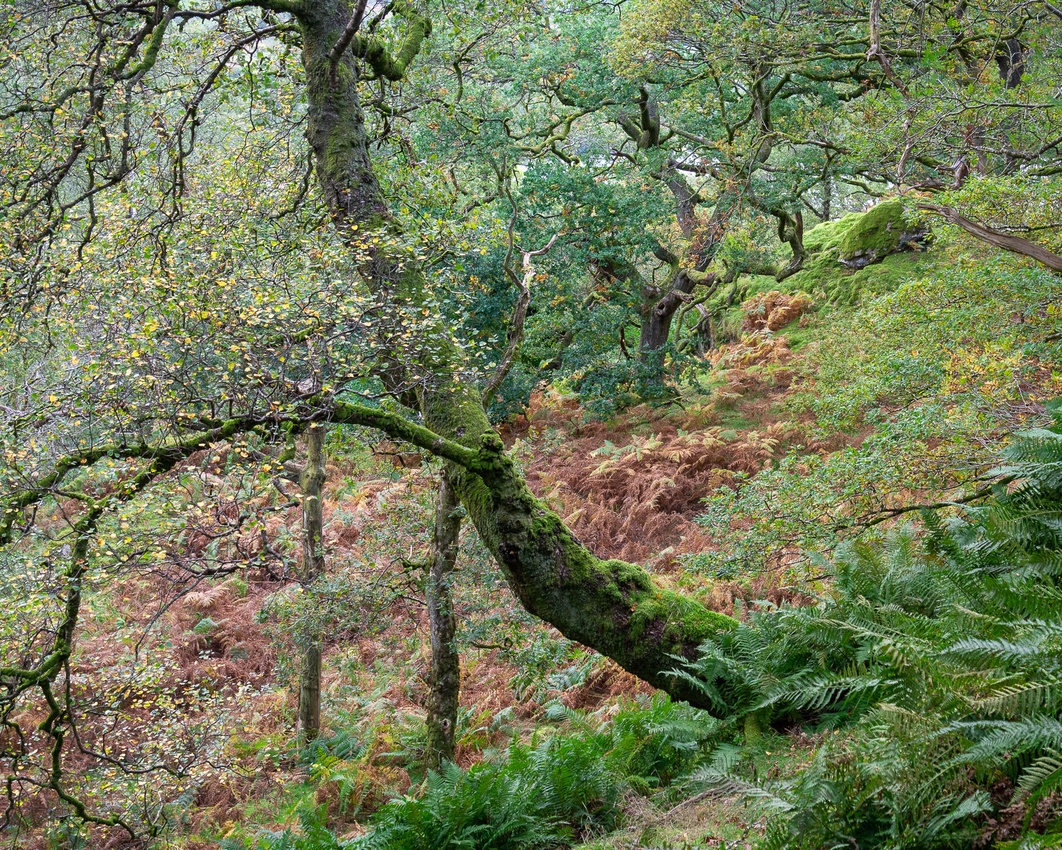 At one with the wind

This second image was purely down to luck and being in the right pace at the right time. I had driven to Thirlmere, an area I had not visited before. I had come to not only visit the reservoir but to make the walk to Harrop Tarn and surrounding woodland. I parked up at the southern end of the reservoir and headed down to the waters edge. The sky was cloudy with small patches of blue sky passing by. After shooting a few unsuccessful shots north across the water I turned and headed back to the car park to start my walk to Harrop tarn. As I did a few patches of blue passed by and the sun poked through illuminating this silver birch.  It was an opportunity not to be missed. 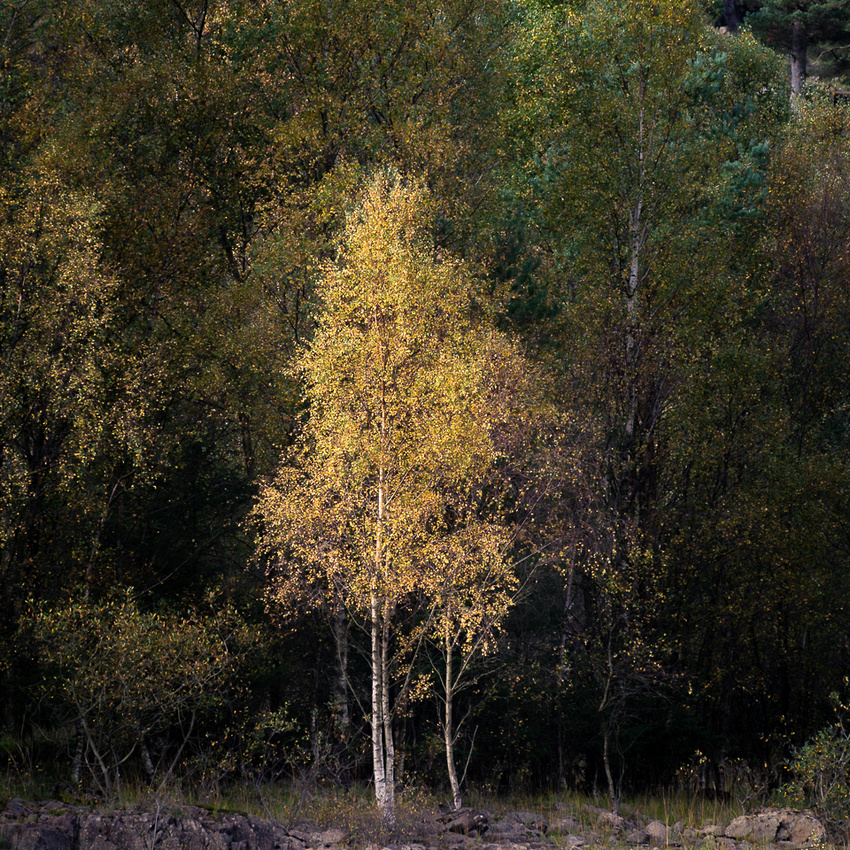 This final image was taken just after the previous. Passing back through the car park on my way to the start of the footpath I spotted this barn. Im sure I can’t be the first person to take this shot, although I’m struggling to remember if I’ve seen other shots of it, as its easily shootable from the roadside and almost directly opposite the car park. The light was still coming and going but had become a little harsh by this point. Nevertheless, I stopped to take a few shots. It's a composition that works well and I hope to return one day. 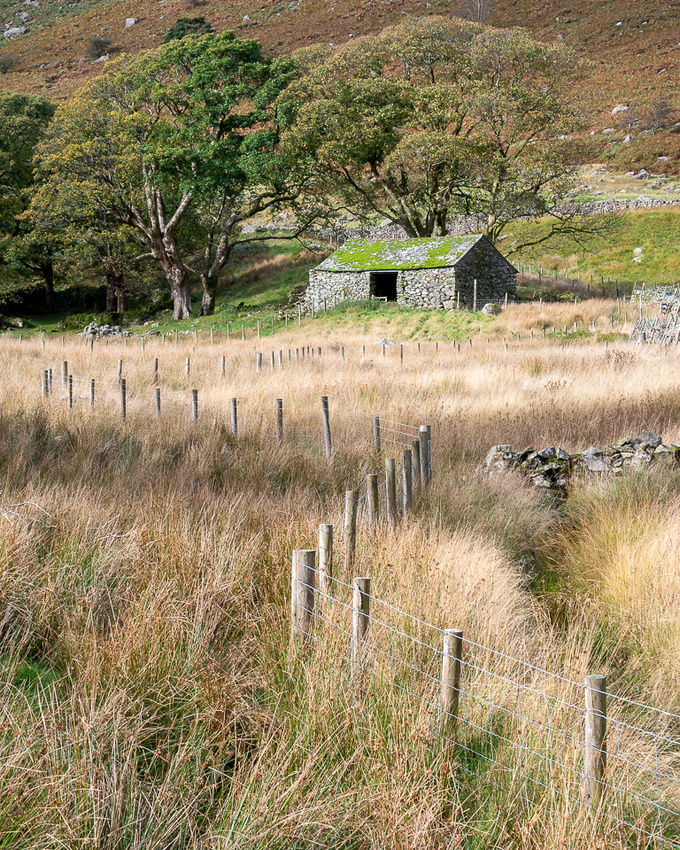 So with the shortest day now behind us and with Christmas on the horizon I wish all of you best, merry Christmas and happy new year.