Taking a little longer to get into its stride this year, spring really kept us waiting. And after the long, dark, lockdown winter it was a very welcome sight when it eventually did arrive.

In my previous post I mentioned Februarys lacklustre weather. Well, March didn’t exactly excite with spectacular conditions. My lack of motivation was a recurring theme for the whole month. I didn’t even entertain the idea of heading out with the camera and it stayed nicely tucked up in its bag. Being confined to the same areas surrounding the village definitely didn’t help. Coupled with the wonderful conditions I had shot them in through winter I felt I didn’t have anything else to get from those places at this time.

I was becoming a lockdown hermit. I’m a firm believer the laziness breeds more laziness. The more I sat around and convinced myself there was no point in going out, the harder it became to break that cycle. And in the lockdown times we had been forced to endure this had only been amplified. After four weeks of this something needed to change.

As April arrived and with the ‘stay at home’ order lifted I made my first trip back out to one of my favourite bits of woodland. It seemed the best place to try and jump start my motivation for getting outdoors and get my photographic eye back in. 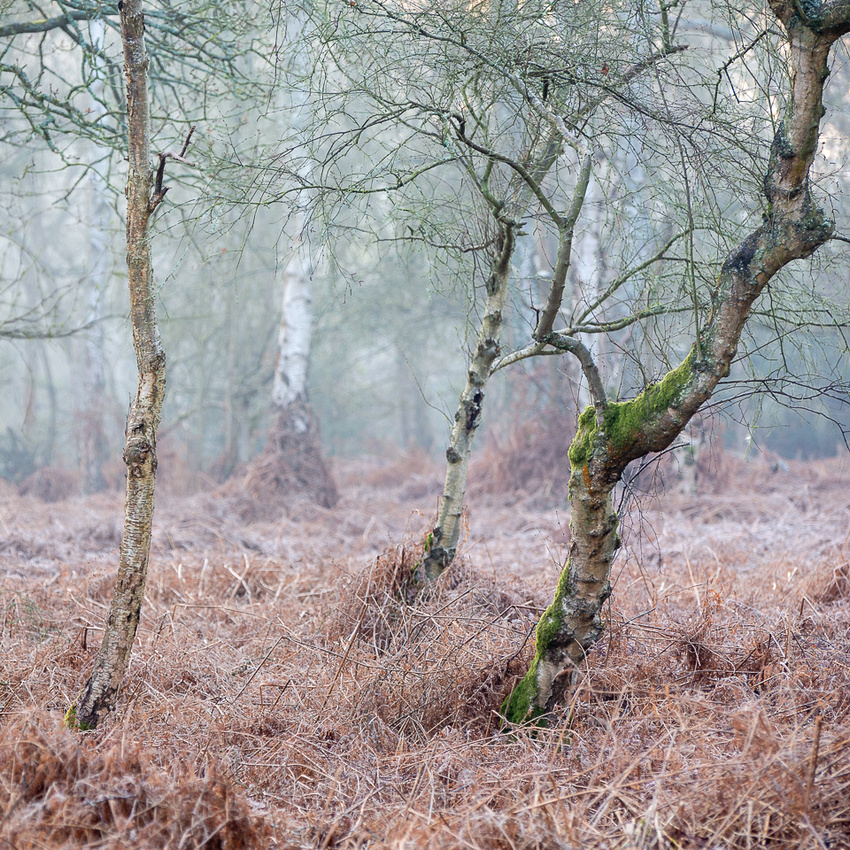 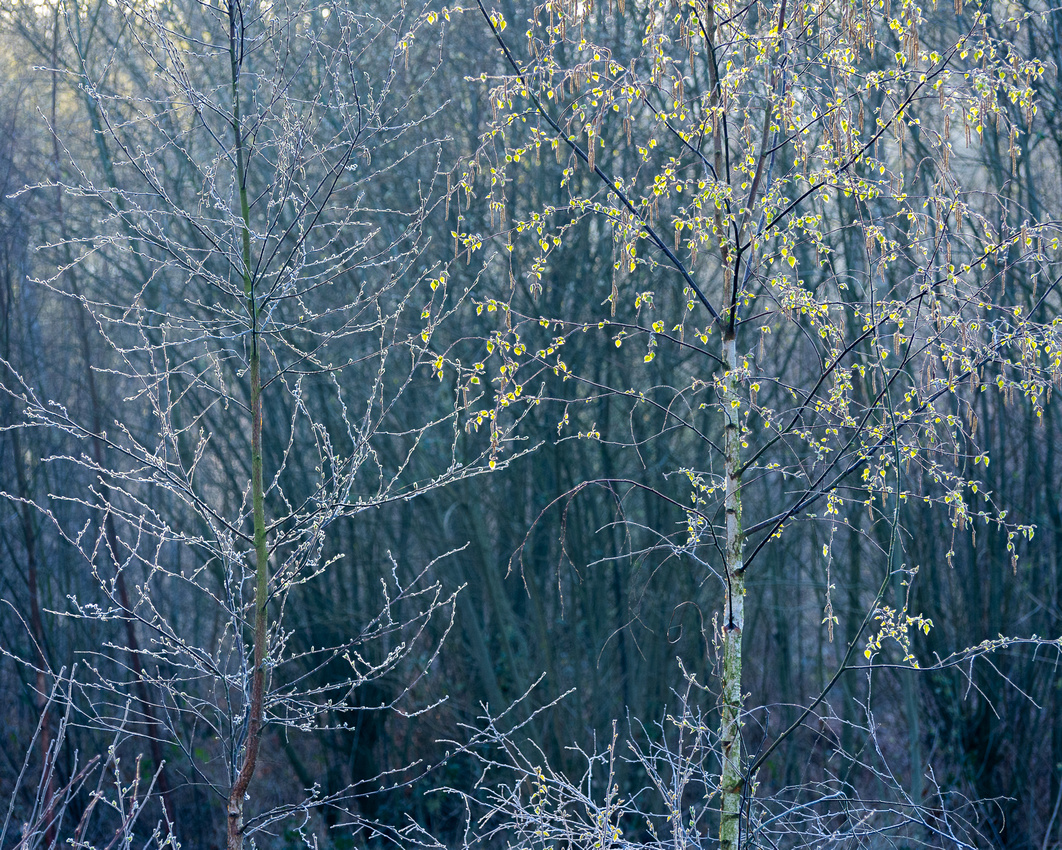 This image was taken a couple of weeks later. A passing shot at a backup location after the first had disappointed. 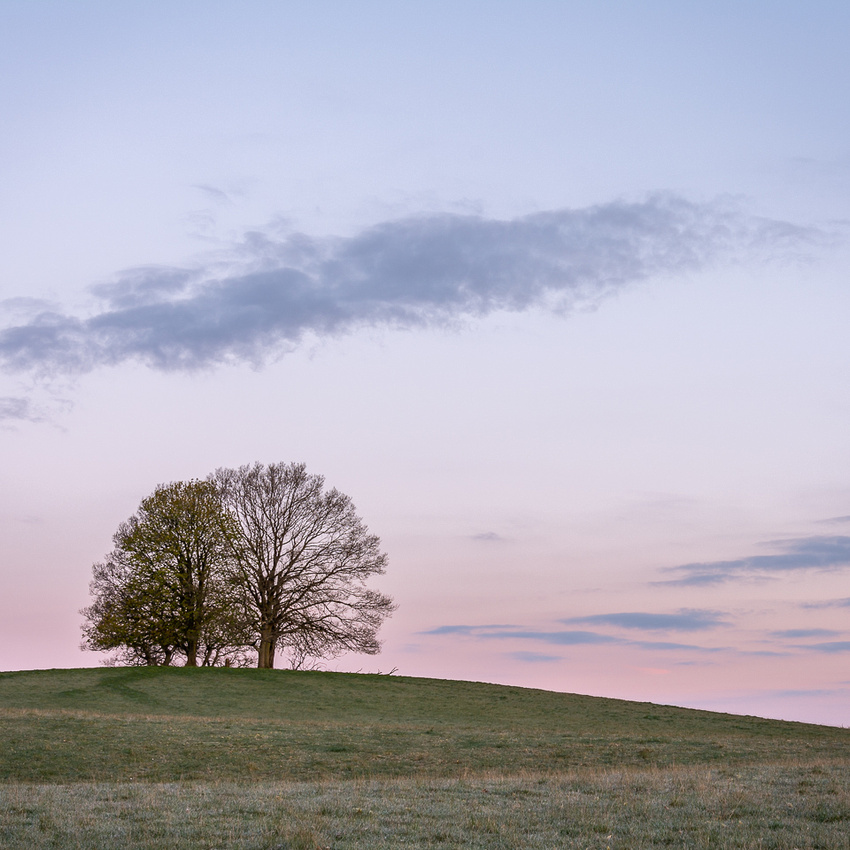 The following shot was taken on a wonderful evening walk towards the end of April. Camera time in the evenings isn’t normally my thing. Or at least it hasn’t been up until now. I can’t give you any good reasons for this other than laziness after work and there are too many people about. I don’t like being caught with my camera. For one reason or another I decided to head out this evening. Probably prompted by a stressful day at work perhaps or just the need to get some space and be out. I’m so glad I did as it was a complete joy. Probably the most blissful, re-invigorating and moral boosting walk I’ve had in a very long time. I had gone to check on the bluebells to see how they were coming along. I had expected there to be a lot people out as this is a very popular place to walk, especially at this time of year. When I arrived at my usual parking spot I was surprised to see I was the only one there. Perfect. As I walked up the hill towards the woodland, the silence was amazing. I was in my element, and I truly felt alone and at peace. The bluebells were still a week or so before their peak but I continued on around the paths in search of possible images. I must of been there for almost two hours and in that time I didn’t see or hear another soul. A truly wonderful evening out and one of many more to come. On the walk back down to the car I came across this scene. Annoyingly I had only taken my long lens so took a phone shot to review later. The conditions were perfect on this evening, and they haven’t been replicated since. I made multiple visits back here and I imagine I’ll have to make a few more yet before I get the shot I want with the big camera. 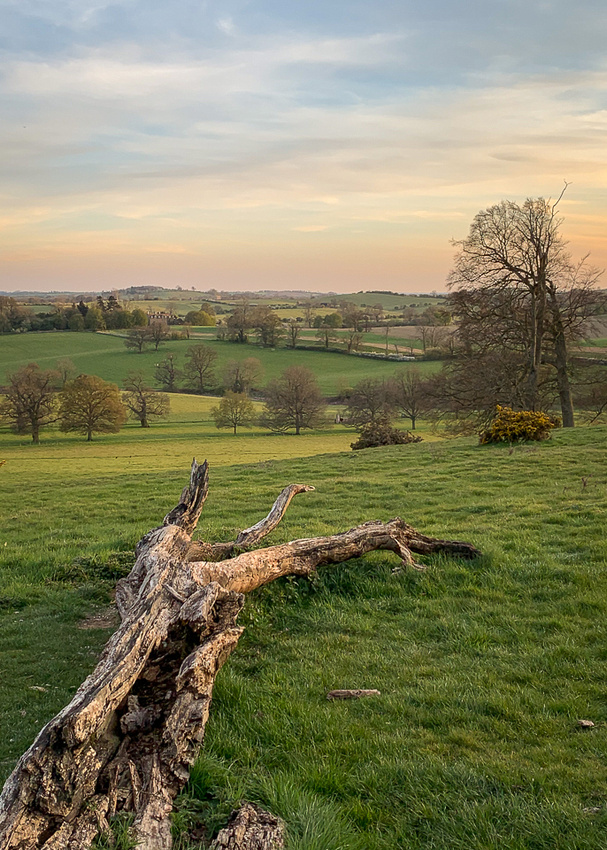 I mentioned bluebells there which I’m going breeze by. All I'll say on that is I’m still to make an image I’m completely happy with. I have found, however, some possible compositions for next year. Fingers crossed.

A long-awaited weekend at the coast was on the cards for the beginning go May. The first time seeing the sea in nine months. A very welcome change of scenery even if just for a few days. This was the only image I made that weekend. The tide was incredibly high in the mornings, so locations in walking distance were scarce. These rocks, that reach a few feet above my head at low tide, were just poking through the swell and being battered by the waves. Experimenting with different shutter speeds I must of taken around thirty images. This one taken at thirty seconds gave the misty, calmer looking image I was after. 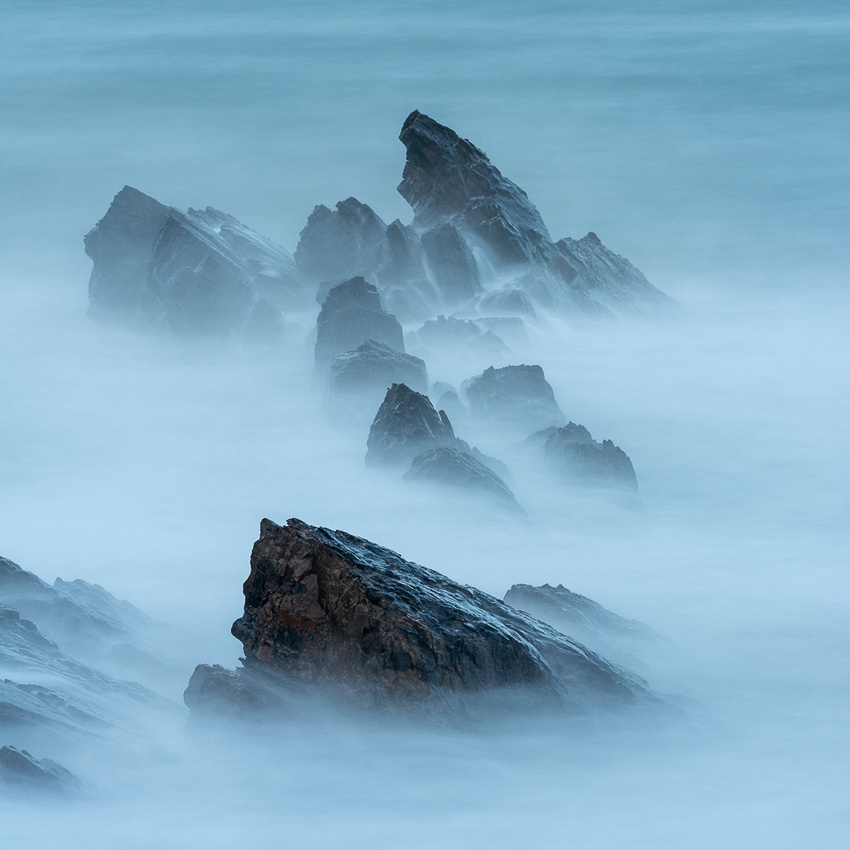 As May rolled on and the greenery really started to take over it was great to be getting back into the woodlands on regular basis. With the world coming back to life, in more ways than one, it had given me a real boost.

These next images were made in the same bit of woodland as the first two. I had never visited this woodland during bluebell season so this year I made a trip to see them. There were a few areas putting on a stunning display, but as mentioned above, I didn’t make any images I was completely happy with. Although I now have some ideas for next year. This first image is a nice composition. I was attracted to it by the lovely path of bluebells, but a bit of fog wouldn’t go amiss to disguise the background and soften the scene. The second I quite like and is certainly worth a repeat visit as the seasons change. 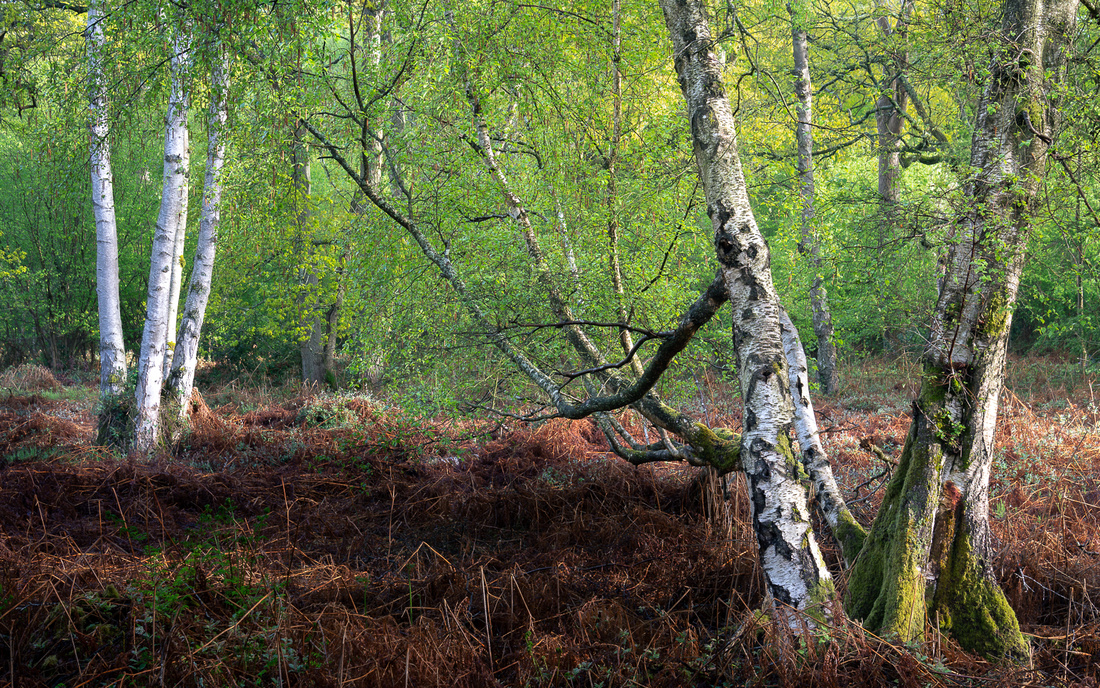 Onto my final image of spring. And an unexpected surprise on an early morning walk. I had gone out to shoot some more spring green images in an area of woodland. As I walked along the path to the entrance to the woods, I turned a corner and was greeted by the most beautiful wildflower meadow. I’ve spent a lot of time in this area in the past and have never seen this before. A wonderful display of daisies, buttercups and clover mixed with long grasses. My mind immediately jumped to butterflies. I knew I had time to explore as the sun had not yet risen so the woodland could wait. There was no way I was letting this opportunity pass me by. I spent around thirty minutes walking through the field, eyes train to the ground. Unfortunately, I didn’t see any butterflies but did find plenty of ladybirds. I found this one perched on the long grass with buttercups and clover in the background. Kneeling down in the damp grass, I fired off a load of images, waiting in between for the breeze to down. Only a handful were in clear focus and I’m happy with how they turned out, a few more tweaks needed in lightroom though before I'm completely happy this one. 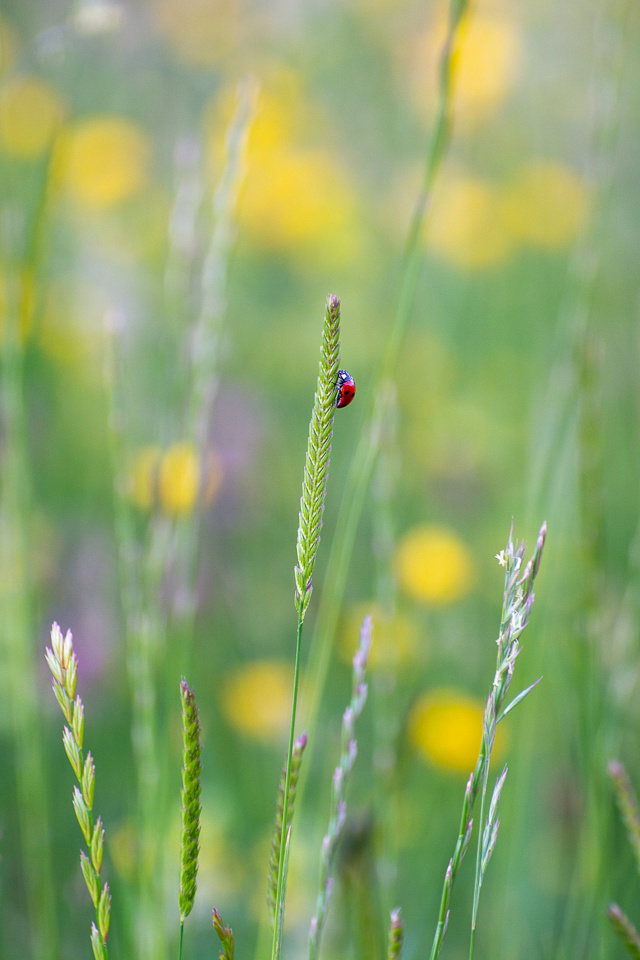 And so with the solstice upon us we move into summer. This is always a difficult time photographically speaking, but I’m determined to make the most of it.

Until next time, stay safe and enjoy the sunshine.